For this year's adventure I was talked into going to the Yuma Symposium in Yuma, AZ.  Was I disappointed?
HELL NO!

I think the only stress for me was designing these pins and catching my connection from Phoenix to Yuma.  Anyway, I wanted my pins to say New Orleans without using the Fleur De Lis.  So what else says New Orleans?
Well, voodoo of course mon cher!

I had the idea in my head since the end of 2015.  That was half the battle there. 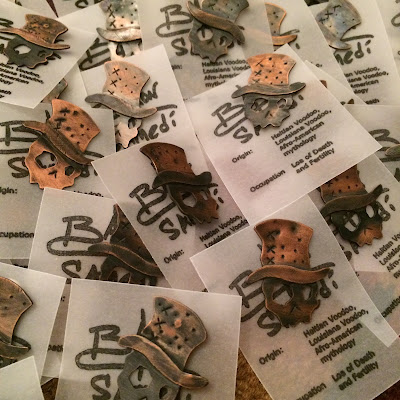 First night in Yuma...
PIN SWAP!!!
I got a chance to make new friends and then met my Instagram friend that I made a week prior to Yuma.
The pin swap was a great way break the ice.  However, I was kind of worried at first.  I was thinking...what if no one wants my pin?  Maybe they'll think they are hideous and won't want to trade!  Talk about feeling like you are in high school all over again.
Ugh!

But it wasn't like that.  If you go just order yourself a bottle of wine (it's cheaper then by the glass) and drink to get all adjusted and then dive right in!  It was fun trying to find people you haven't met IRL (in real life) to make them RLF (real life friends).  Then I met up with friends that I haven't seen in awhile.
My head was SPINNING from all of the activity.
Here are some of my goodies. 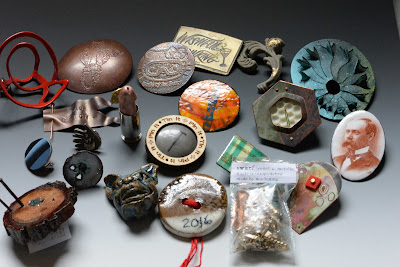 Then it was off to the old theater to see who the speakers were going to be for the weekend and plan our attack.
While sitting in the theater Jesse and I kept looking at this thing on the floor.  They were EVERYWHERE!  We still have no idea what they are.  Do any of you know? 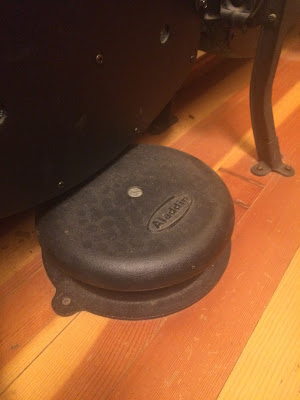 Day 2
Friday morning 0900 hrs.  Talk about early!
First talk was Laura Wood-Crafting a Community: A Personal Path and she was AMAZING!  She did A LOT and is still doing.  What a Rock Star.  :)
Evening was spent listening to Martha Banyas.
Her enameling was off the charts!
Then there was the Pin Auction.
The proceeds goes to support the symposium.
I even donated a pin for auction and some people actually made a bid on it!  Thank the goddess for that.  At some point (no bids made) I told my friend they would have to bid on it so it wouldn't feel rejected.  hahahaha!!!

Next, Pool Party!
Talking about the Saw, File, Solder, Sprint teams for the next day.  Mi amigos carried on to the bonfire and I hit the sack.  This chica was le tired. 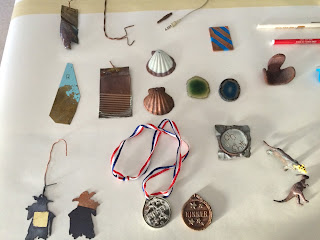 Kim Cridler: The Descriptive Line
Oh the things you can do with steel.
Afterwards I was asked if I liked the symposium?  At first I said that the talks were too long for my short attention span and I couldn't see a damn thing!  More about that later.

Time to hang out with friends for the rest of our last day.
Tara Magboo's team on the left and UNT on the right.  The Tea Party or were they Alice in Wonderland?  I forget but they got a trophy for Style and they were styling indeed!

Time to wrap it all up. 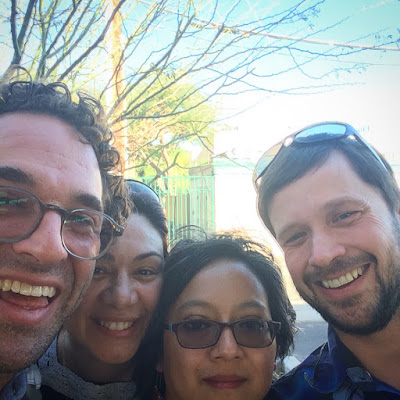 I already miss these guys! 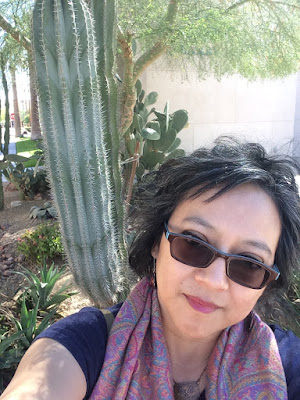 Time to say ciao.  I will miss my friends dearly.  After all it may not be until SNAG 2016 until I see them again.

Now back to the question of "how do I like the symposium"?
I must say it was a place where I made long time friends.  Would I go back?
Absolutely in a New Orleans' minute.
I think that means the opposite of a NY minute but you get what I'm sayin' right?
I met so many people.  It was AMAZING!
And I didn't even get to mention EVERYONE but I'm thinking about y'all.

It was a life changing experience but isn't most things?
:)

I linked just about everyone's web page if you would like to see their work.  Now back to the studio.
Enjoy your Thursday people!