Making Your Own Gift

You may need many gifts in the month of May so why not make them yourself?


I like the "idea" of making gifts and if I can get people involved in the piece being made the results can be earth shattering.
The piece becomes magical, infused with intention, and has a bit of everyone's essence.
It becomes a
talisman, something with magical powers.

The project is to give a sculptural piece that has been touched by everyone that had been involved in this person's life here in NOLA.
And how do we do this?
By keeping it simple.

I decided to do what is called riffing using an earlier piece that I did in 2013.
For more about riffing go here to Stacie Florer's website where she will tell you all about it.

First, I need some tube rivets. 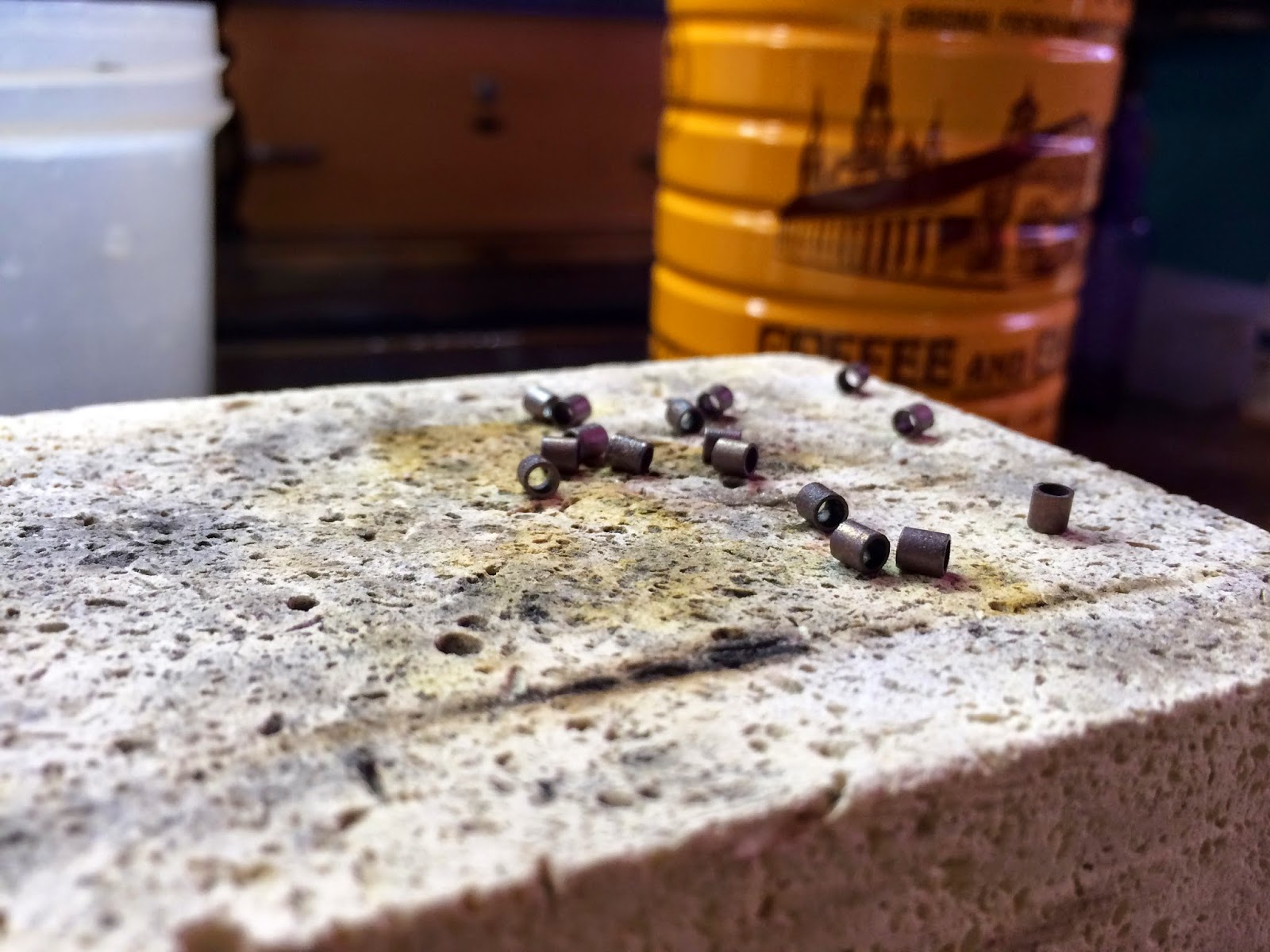 I was sawing what seemed like FOREVER and only managed to have a total of 24 itty bitty tube rivets!

The plan for the piece.

*If the tube rivets were being used to hold two things together then I would have torch fired first before riveting.  For this particular piece they are used for decoration but also protects the drilled holes and will allow the piece to move more freely. 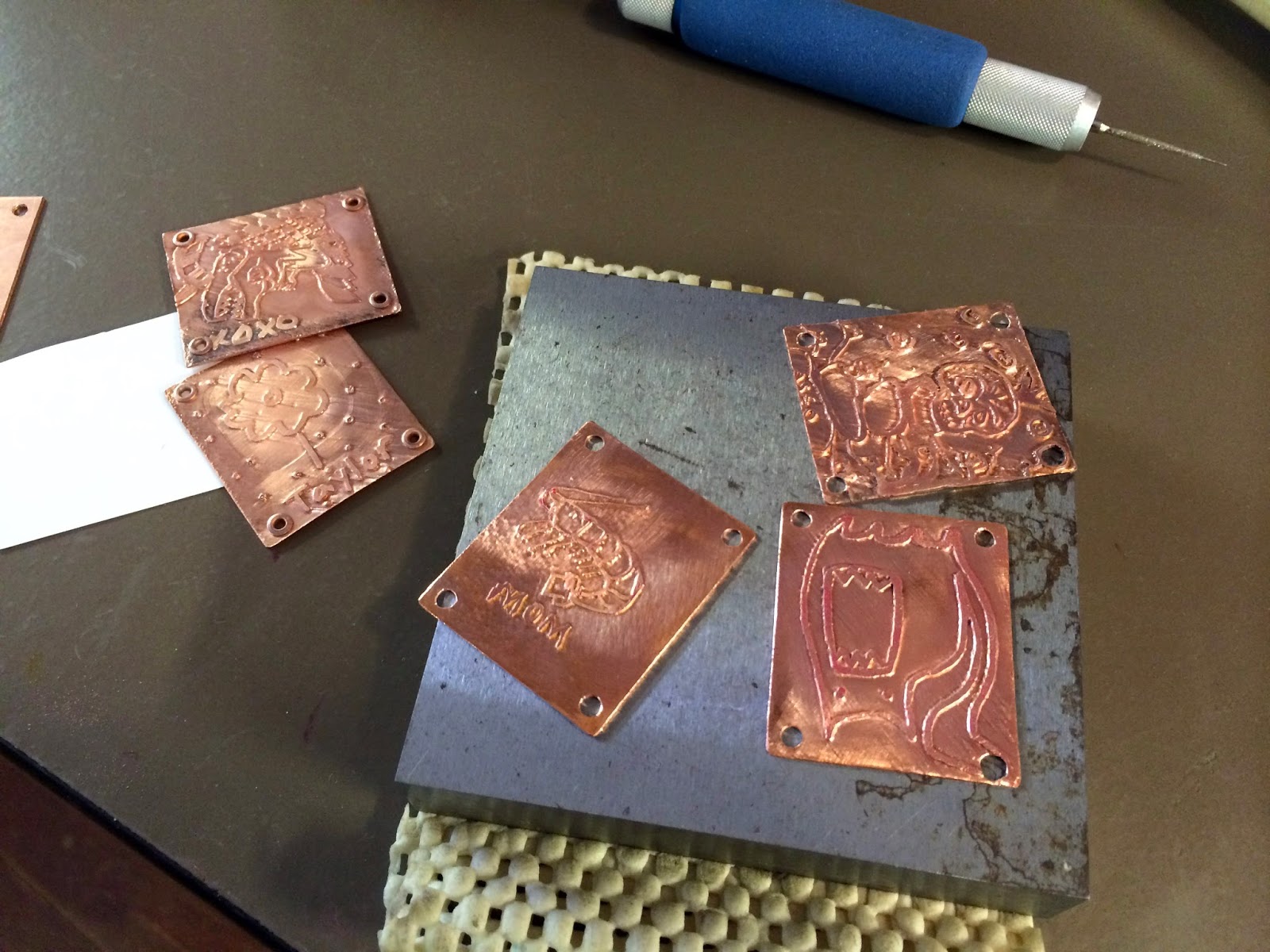 A close up...
Each panel is now ready for its tube rivets.  I spoke about this in an earlier post.
How the tube rivet tool saved my life.  Read all about it over there.
Hahahaha!!!

After tube riveting next was torch fired enamel.  Each panel has a counter enamel on the back.  I do not think this was necessary because I was totally okay if the front enamel decided to chip off.  :)
During torch firing it was a lot of...
ohhh...I don't like that.
what was I thinking?
wow...I shouldn't of done that.
WTH???
OH...Yes!  I like that a lot!

The "bail" was made out of 16g bronze.
I also formed the Thai symbol for enlightenment and torch fired that (no counter).
It is all about decisions.
To counter or not, just have to figure out what you are willing to live with or pass on to your potential buyers.

Here are all the parts.
The finished piece. 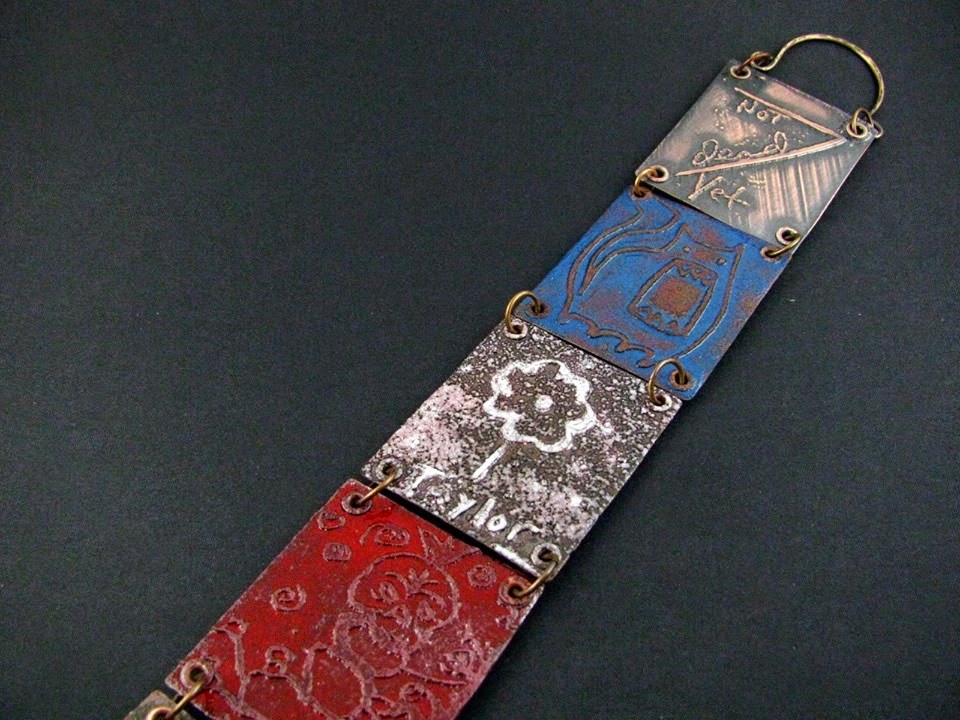 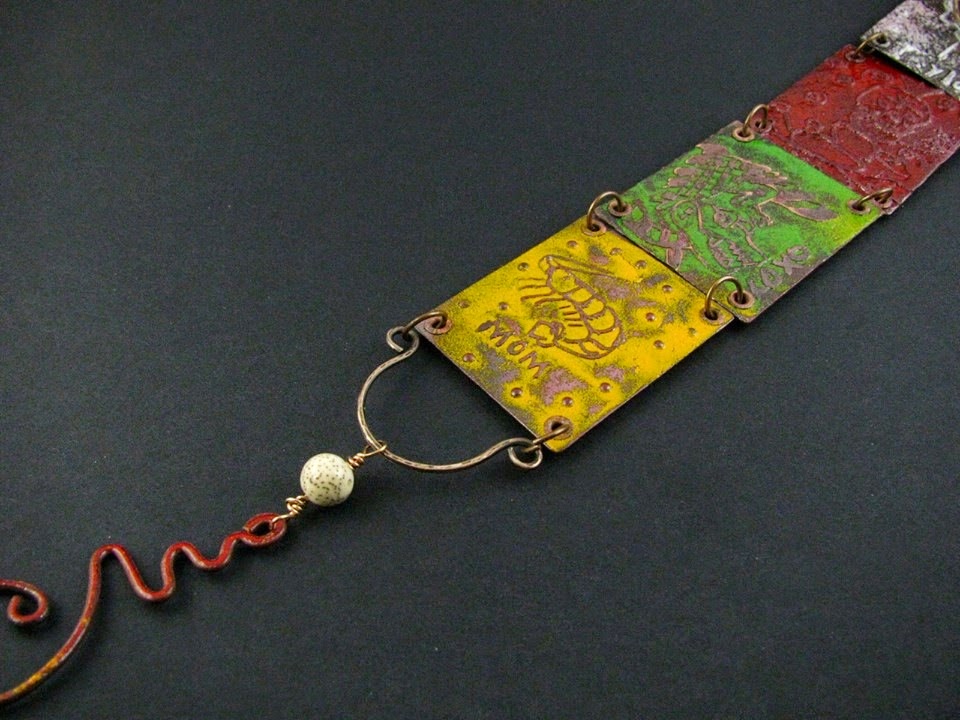 Are we greater then the sum of our parts?

Yeah you right we are!

Have a great Thursday everyone.